The player can avoid being targeted by a Wight by sneaking when around it, but cannot damage it in this state without attracting its attention. It will not stop targeting the player if it spotted them before sneaking.

Wights can be killed in one hit using a rare loot weapon, the Wight’s Bane.

When the player wears a Skull Mask, Wights are unable to possess them, and nearby possessed Swamp Hags will not shoot projectiles.

Wearing Ancient Armor will reduce the magic damage dealt by possession projectiles by 12.5% per piece, for a total of 50% with the full set.

Wights cannot be repelled by a Repeller.

The following mobs can spawn naturally on the surface in regular Swamplands biomes:

The following mobs can spawn naturally on the surface in Swamplands Clearing biomes:

To enter the underground part, the player needs to complete a puzzle to open the door that leads to the main part of the dungeon. First the player needs to light the 4 braziers at the top of the tower, activating the Beam Origin, which will continuously shoot an energy beam at the Beam Lens below it. Beam Lenses can be reoriented in any of the six different directions by right-clicking them. The order in which they are reoriented when clicked is as follows: Down -> Up -> North -> South -> West -> East. The beam must be redirected through several Beam Lenses and Passages until it reaches the Dungeon Door at the base of the tower, where the door will then open and allow access to the Labyrinthine Vaults of the Sludgeon.

To light the Braziers at the top of the Sludgeon Tower, the player needs to start a fire the same way as they would anywhere else:

Four Emberling Shamans will also spawn — one on each brazier — when the Beam Origin activates.

Wights wander around slowly and cause visual distortion of the area around them. When they notice the player they will look up, mouths agape, and attack on sight with melee. They have a detection range of 80 blocks.

Wights have a chance to spawn applied with a random Amulet, which will give it Middle Gem Circle benefits depending on the type applied. This amulet will not drop upon their death.

If a Wight contacts Tar, it will turn into a Tar Beast after a few seconds.

Wights will occasionally transform into a disembodied head that is able to fly, pass through blocks, and «possess» players or Swamp Hags by grabbing onto their head, circling it as it does so. Wights are more likely to transform at lower health and when other Wights are nearby, but will not transform to chase the player unless hit by them. Once the Wight possesses an entity, it will begin to shoot homing particles outward, dealing magic damage that bypasses armor to the player as well as other nearby entities (excluding hostile Betweenlands mobs.) The Wight’s hitbox completely surrounds the player’s head, meaning most of the player’s attacks can only hit the Wight. The Wight is still vulnerable to damage and can be removed after enough attacks, if it is not killed in doing so.

When a Wight possesses a Swamp Hag, it will not damage its host, and will continuously emit projectiles at the player until either it or the Swamp Hag are killed. It can be attacked separately from the mob it is possessing.

A tunnel leading into a small Limestone Cave, with Thorns growing on the side.

The sky is usually an animated green patchwork of mysterious, hazy stars, although these are often covered by the dimension’s various weather Events, like Auroras, Heavy Rain, Fog, etc, along with other much more dangerous ones.

The dimension is composed of many biomes. Swamplands, Patchy Islands, Coarse Islands, Sludge Plains, Deep Waters, Marshes and even some sub-biomes. These biomes are crawling with very thick, uncontrolled flora and fauna, and many ruins of long lost civilizations, among other mysterious structures. The Betweenlands also contains several dungeons which can then be explored to get loot or to fight bosses. As the Betweenlands is still in development, it may introduce some new biomes in the future with many more structures and mobs.

The Lake Caverns, or Pitstone layer of The Betweenlands. It houses Valonite Ore, and Life Crystal Ore.

The Betweenlands features many trees and wood types. Small Weedwood Trees are often most ubiquitous, although there are also many other variations. Sap Trees, Rubber Trees, Hearthgrove Trees, Nibbletwig Trees, Hollow Logs, and Giant Roots, as well as the rare Spirit Tree boss.

Sea level in the Betweenlands is y=121, meaning caves in the dimension are much deeper. They are also very dark, with a black fog completely covering anything too far away from the player. Betweenlands caves are also split up into two layers, the upper Caverns and the lower Lake Caverns, each with different resources available. The caves themselves are often wide, interconnected, and filled with underground flora and dripping stalactites, along with echoing cave ambiance and occasional hostile mobs.

Caves are also interspersed with occasional structures you can explore.

The drops from Wights are derived from the loot table.

The following is a list of all of the items that can be dropped by Wights, including their rolls, quantities, and weights.

Visit the Loot Tables page for more information on loot.

During the time when the light in The Overworld had just begun to shine and the flames of The Nether had just begun to burn, there existed a dimension which is little other than a void of nothingness. But out of nowhere, a giant inter-dimensional rift appeared and energy seeped into it, giving it potential for life to populate and grow in this dimension. A race of NPCs inhabited it, including a powerful Druid. He and his followers worked to twist the Nether’s evil into a weapon of peace. However, when they opened the portal in this dimension, evil surged out into it. This caused the NPCs to become Wights. The Druid himself became the Prime Wight, and he now wielded power over this dimension. He caused the Betweenlands to become a swampy, deathly land, as it is now. After much time, a traveler (the player) found their way to the dimension. 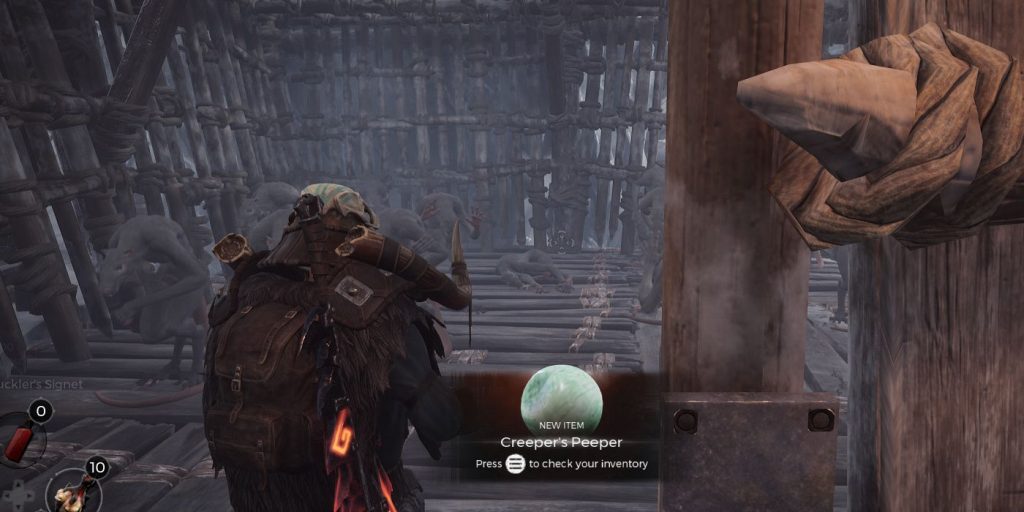