The Gravity Gun has two modes. The primary fire releases an energy blast that punts the targeted object with tremendous force. The gravity gun is useful for clearing out barriers and moving heavy objects. The secondary fire picks items up and holds them just ahead of the gun. These objects can then either be dropped by pressing the secondary fire button a second time or punted with the primary fire. The secondary fire can only pick up lighter objects, mainly those which Gordon himself could carry, but the prime fire is capable of punting much larger things even if the secondary fire cannot affect them. The gun cannot affect most organic material, though there are a few exceptions, such as wood.

The combination of the Gravity Gun’s secondary and primary fire modes allow it to be used as a powerful weapon. Since it uses physics-based objects rather than conventional ammunition, there is virtually no limit to how many times it can be fired; however, this advantage is balanced by the need to «reload» after every shot by grabbing a new object.

Depending on the object fired, the gravity gun is potentially one of the most damaging weapons in the game. Heavier items like metal barrels and propane tanks can kill even Overwatch soldiers in a single hit conversely, things like plastic crates and wooden pallets will do very little damage due to their lesser mass. Explosive barrels, in particular, are a highly devastating weapon when combined with the gravity gun, but this has the potential to backfire if the enemy shoots the barrel while being held by the gravity gun.

The Gravity Gun is most effectively used as a short to mid-range weapon since the physics objects it uses for ammunition are affected by gravity. Because of this, the gravity gun is one of the most suitable weapons for Ravenholm before getting the shotgun, due to the large amounts of environmental props and the fact that ammunition is somewhat scarce there.

In addition to its use as a weapon, the secondary fire of the gun can be used to pull objects over from a distance, allowing Gordon to access supplies or other objects that would otherwise be out of reach. It can also be used to grab larger objects and hold them up as makeshift shields. Though normally unable to drag heavier objects, it proves capable of doing so in a select few areas, mainly as a way to create bridges. It should be noted that the secondary fire of the gravity gun does not automatically tractor in targeted objects. The object must be brought within a certain distance for the field to capture it, during which time it is still subject to gravity. The gun must also be constantly trained on the object to maintain the effect until it is captured.

Magnusson Device being held by the Gravity Gun.

In addition to its primary uses, the Gravity Gun can be used in more esoteric ways. Manhacks, City Scanners, and Shield Scanners can all be held and punted by the gun; the former, in particular, can be held by the gun for use as a makeshift chainsaw. All three are heavy enough to deal significant damage if punted and will be destroyed if punted into a nearby wall. However, if punted over greater distances, they will stabilize their flight. It can also be used to grab Hopper Mines and remove Rollermines from vehicles, holding them safely.

Hopper Mines grabbed in such a manner will automatically switch to recognize the player and their allies as friendly when planted again, while a Rollermine held with the gravity gun will be reprogrammed by Alyx, if she’s around, to attack hostile targets instead of friendlies. Both types of mine can also be punted into enemies directly. Combine Sentry Guns can also be manipulated by the gun.

Concept art for the early «prototype physics manipulator» being held by Eli Maxwell.

As heard in sound files featured in the playable Half-Life 2 Beta files, Eli was to explain to Gordon at Black Mesa East that the Gravity Gun’s «granddaddy» was used to manipulate hazardous materials in the Combine’s portal reactors, suggesting the Gravity Gun uses Combine technology.

Exactly how the Gravity Gun works is unknown, but some conclusions can be made. It is possible it uses a Xen crystal, as the emitter is almost identical to a sample being studied in Eli’s lab in Black Mesa East. When the gun is supercharged by a Confiscation Field, Overwatch describes it as a «counter-resonant singularity device». Because of this, it probably contains negative mass or exotic mass. Negative mass is believed, by scientists, to have inverted gravity and repel normal mass instead of attracting it. The gravity gun may possibly control the gravity attribute of the crystal, making it able of both attracting and repelling objects. How the weapon should be able to concentrate the gravitational force at a single object is, however, unknown.

In physics, zero-point energy is a quantum mechanical phenomenon where the lowest of a system has non-zero energy. This has been measured, for instance, in the Casimir Effect, where it was shown the «empty space» is not in fact, empty and that quantum fluctuations are real. There have been various hoax claims of ways to harness zero-point energy but no known successes. Zero-point energy does not violate any laws of physics.

The Leaked 2002 Viewmodel of the Gravity gun.

The Gravity Gun stored in its cupboard at Black Mesa East.

Alyx waiting for Gordon to take the Gravity Gun.

Holding an Energy Ball in front of Combine soldiers with the transformed Gravity Gun.

The Gravity Gun being taken away by an Overwatch Elite before Breen’s office.

The Gravity Gun being held by the Overwatch Elite.

Wallace Breen talking to an Advisor with the Gravity Gun on the floor.

As seen in the Aperture Science Enrichment Center, in Portal 2: Lab Rat.

The Gravity Gun being transformed.

When exposed to the Confiscation Field in the Citadel, the Gravity Gun is «supercharged» rather than being vaporized as other weapons are. It also shorts out the field in the process. Once supercharged, the Gravity Gun emits blue light rather than orange, quakes in Gordon’s hands, and creates small bolts of energy across its muzzle. Its powers are vastly enhanced, enabling it to manipulate objects of far greater mass than it normally could as well as pull and repel them with greater force. Its most significant enhancement, however, is its ability to manipulate organic matter. Any Overwatch Soldier punted by it is instantly killed, and their body retains a charge that will kill others if it strikes them. If grabbed by the gun’s secondary fire, they are likewise killed. It also has the side effect of vaporizing any weapons the soldiers were carrying.

The first time the Gravity Gun is supercharged is in Half-Life 2‘s twelfth chapter, when Gordon’s pod deposits him into a Confiscation Field and remains so until the end of the game. During this time, Citadel power chargers restore Gordon’s health and boost energy to 200% as well. At the start of Episode One, it is no longer supercharged (yet the chargers keep the effect from the first game’s citadel) but becomes charged again after Gordon and Alyx re-enter the Citadel to stabilize the core when Gordon accidentally enters another Confiscation Field. It remains supercharged until Gordon reactivates the core’s containment field, at which point the Gravity Gun reverts to its normal state. 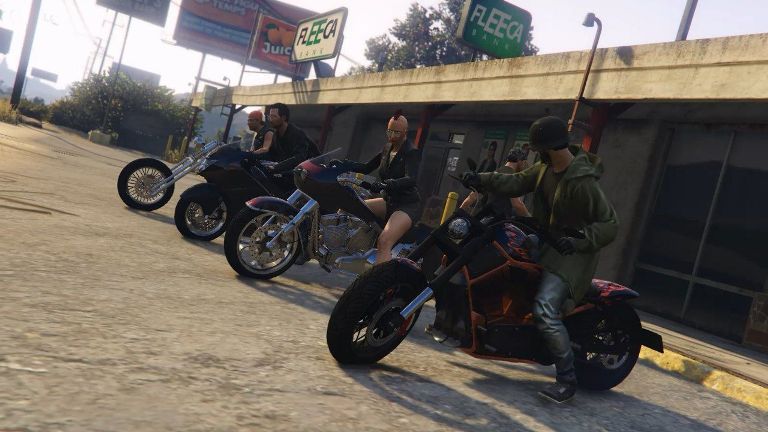