Right-clicking the Energy Core opens an interface to select an Energy Core tier and enable a building guide. Energy Core Stabilizers need to be placed at each cardinal point around the Core, vertically or horizontally as long as it’s on the same plane, up to 16 blocks away from the Core.

Energy Core tier 5 and above instead require Stabilizers to be placed in a 3×3 square at each point instead.

The structure is 1x1x1 (not counting the Stabilizers) and requires (on top of the Core):

The structure consists solely of the Energy Core block.

The structure is 3x3x3 (not counting the Stabilizers) and requires (on top of the Core):

The structure is 3x3x3 (not counting the Stabilizers) and requires (on top of the Core):

The structure is 5x5x5 (not counting the Stabilizers) and requires (on top of the Core):

The structure is 7x7x7 (not counting the Stabilizers) and requires (on top of the Core):

The structure is 9x9x9 (not counting the Stabilizers) and requires (on top of the Core):

The structure is 11x11x11 (not counting the Stabilizers) and requires (on top of the Core):

The structure is 13x13x13 (not counting the Stabilizers) and requires (on top of the Core):

When fully assembled, RF can be introduced to and extracted from the structure through the use of Energy Pylons. These can be placed anywhere within 16 blocks of the Core, and are activated by placing a block of Glass either above or below the Pylon (depending if it is below or above the Core, respectively), which will turn into a blue orb. Pylons can be toggled between input and output mode by right clicking the orb, and can move 2,147,483,647 RF/t per face.

The amount of RF that can be stored inside an Energy Core of a given tier is:

A detailed walkthrough of the error, its code path and all known details is as follows:

I tried moving all my mods to the mods folder, but that did not work, and the same error popped up.
Any idea why?

The core is just a tiny little ball right now

First, you place the Draconic Reactor Core where you want the center of your reactor to be. This is where the actual reaction will take place, and it will grow depending on the temperature and fuel you put in it. Next, you take 4 Reactor Stabilizers and place them in a ring around the core, the recommended distance being 5 blocks. They can be one block above or below the core, and can be up to 8 blocks away, but must be in the same setup otherwise. They can also be placed vertically around the core. They must have a direct line-of-sight to the core when placed, otherwise they will not register.
Some tips when building: Sneaking while placing them makes them face towards you. Placing them 5 or more blocks away ensures that the reactor will not engulf the Stabilizers, as they do not work if they are inside the reactor.

The Stabilizers, forming a ring around the core

Placing an Energy Injector underneath the Core

Once you have the ring built, right click on any of the Stabilizers to bring up the Reactor GUI. If there is no GUI, then you have to replace the Stabilizer. On the right of the GUI is the status of the Reactor, if it says «INVALID SETUP» then you have to find the stabilizer that’s not connected, otherwise it should say «Offline». Now, you need to place an Energy Injector on one of the sides of the core that doesn’t have a Reactor Stabilizer. This block is important, because it feeds RF back into the Reactor, which is explained in detail later.

Before powering on the reactor, some additional safety features are probably a good idea. The Reactor doesn’t have a concept of «limits», and will give or take as much RF as it can. This will create an unstable reactor, and eventually an explosion. It’s a good idea to use a couple of Flux Gates, which limits how much RF/t can flow through it. It is also adjustable with a redstone signal, therefore it may be a good idea to place a Potentiometer on each one. The Flux Gate is directional, with the side with the purple square being the input, and the side with the orange square being the output. Place one Flux Gate with its Purple side on the back of one of the Stabilizers, then place a second Flux Gate with its Orange side facing the bottom of the Energy Injector. This allows you to control how much RF/t is going out of and into the reactor, respectively.

Besides this, another way you can stay safe is to place it 50 blocks or more above the landscape. This will make it where, if it explodes, it will destroy all your equipment used to keep your reactor stable as it would in both cases, but it won’t devastate your base and it won’t spawn a ton of lava! That’s a fair trade to me! You could also use dislocator receptacles in order to easily get from the reactor to the ground and vice versa.

The GUI of a working reactor

The last thing anybody wants is their base turning into a nuclear wasteland from an unbalanced Draconic Reactor. This requires understanding the GUI and the numbers behind it all, quite literally. Press the «Stats» button and the middle of the GUI will display a bunch of numbers about the Reactor. Combined with the 4 bars, this gives you all the information you need to know about your reactor to keep it from blowing up.

The second most important thing about the Reactor is Temperature. The more energy you draw from the Reactor, the hotter it becomes, producing more energy. This is represented by the far left bar and the «Temperature Load Factor» number. Hotter is better, as it means your reactor will use less fuel. However, if it goes above 8000C, the Temperature Load Factor begins to go up at an exponential rate. This means it puts more and more stress on the Containment Field the hotter it gets. This is bad news, so the optimum temperature for running your Reactor is 8000C. Additionally, if the Temperature drops below 2000C, the reaction becomes too cold to work anymore, so the Reactor simply shuts down. Additionally, you cannot break any blocks of the Reactor unless the Temperature is below 2000C.

What is a Draconic Reactor?

The best analogy for the Draconic Reactor is the Nuclear Reactor from IndustrialCraft 2 (IC2). It doesn’t have the complexities that IC2’s Reactor has, but it’s a lot more dangerous and can put out insane amounts of Redstone Flux (RF). Just like IC2’s Reactor, if you don’t have the proper setup, it will explode. Unlike IC2’s Reactor, there is no way to contain the explosion, and it has roughly a 300 block radius. The explosion will kill everything in sight, including players in Creative. Some recommendations are to put it far away or in another dimension like the Nether or The Last Millenium from Extra Utilities.

A Draconic Reactor, ready to Activate

Now that you have a fully built Draconic Reactor, we need to insert fuel. The Draconic Reactor runs off of Awakened Draconium Blocks, and can hold up to 8 blocks of fuel. Once you put in the fuel, you may have noticed the core grew in size. This is a hint that you need to have the proper space for the core, otherwise it will not be stabilized properly. If it can’t be stabilized properly, the reactor will explode.

Before we power it up, it’s worth noting some minor information about the GUI. The left most bar displays the core temperature. Once this is past 2000C, the reactor will explode if you break any part of it. The bar on the middle right displays energy saturation, you do not want this to be 0 while the Reactor is on, as it will be trying to generate infinite RF/t and explode.

Now that the Reactor is loaded with fuel, we can hit the button on the bottom right called «Charge Reactor». Once this is pressed, the Reactor now needs a great deal of RF in order to charge up. This has to be inserted through the Energy Injector. If you followed the section on «Safety First», you can adjust the Flux Gate to allow more RF/t to flow into the Reactor. Once the Reactor has charged up it’s Containment Field (the middle left bar) to 50%, Energy Saturation (the middle right bar) to 50%, and it’s Temperature (the far left bar) to 2000C, the reactor can be activated. It is recommended that you read the section «Keeping it Stable» before activating the Reactor. Once it’s on, RF is extracted through the Stabilizers, and injected through the Energy Injector.

What you will need

First, you need the actual components to build the reactor.

What does this translate to in raw materials?

Thankfully, you only need to visit one Chaos Island. You can’t break the crystal however until the Chaos Guardian is defeated, which is a really difficult boss fight. The reward however is virtually infinite RF.

Please note: You will also need Chaotic fusion injectors. To get 10 of these, you must go to 2 additional chaos islands… which means 2 more Chaos Guardian battles.

Are you on hardmode? Well…. you may need to visit the Chaos Guardian a few more times. Let’s say… at least 25 times, most likely more. You know what, to be safe, 30 times… Have fun! (There are recipe changes for the injectors and reactor parts). 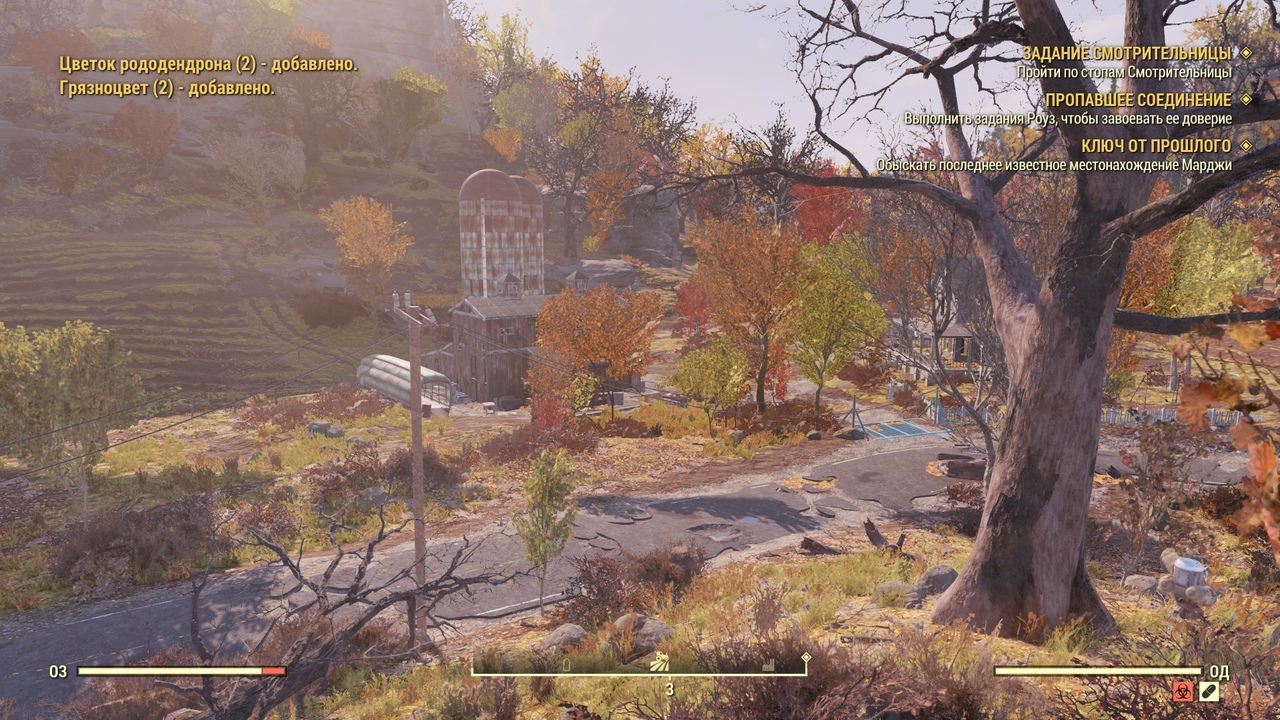 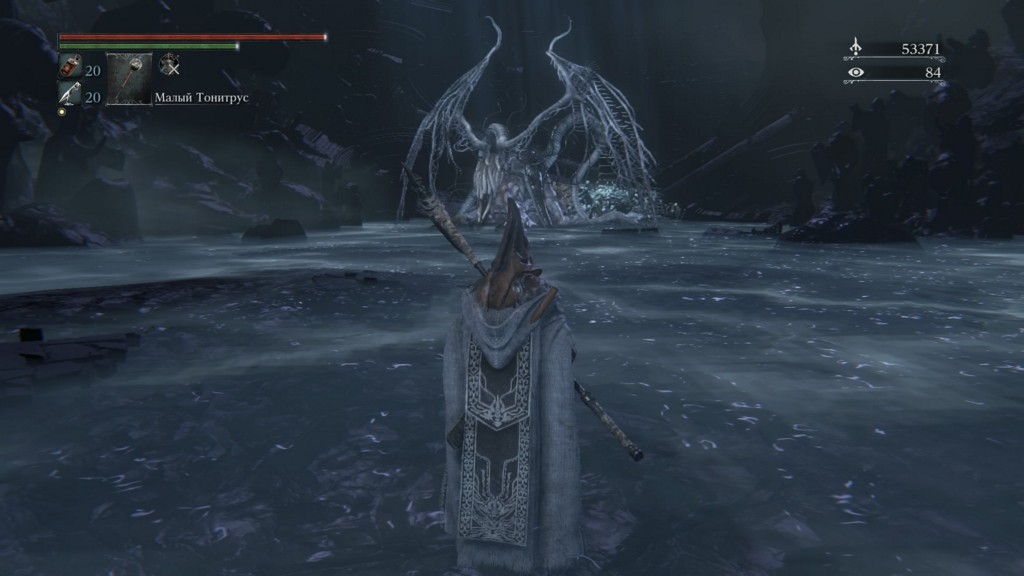 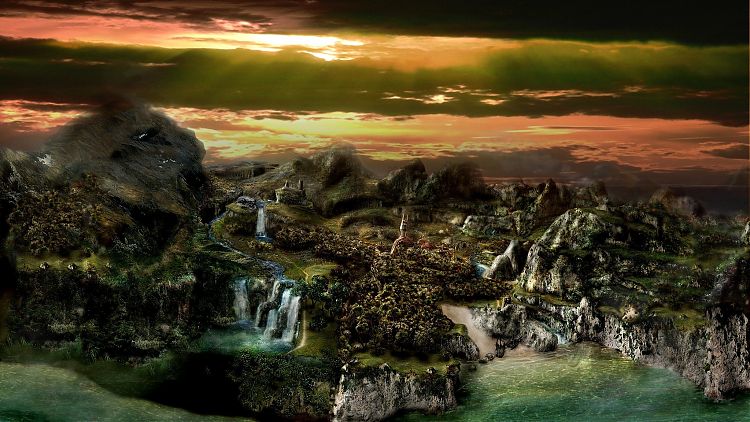 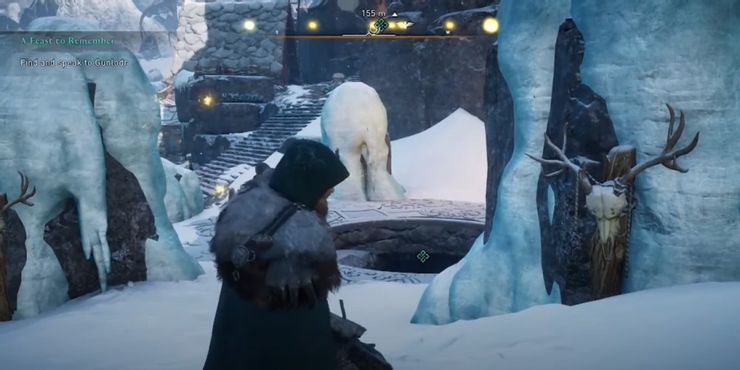